Contesting a will: solicitors: specialists in contested inheritance

What the team is known for: Boutique firm specialising in contentious probate and trusts work. Well equipped to handle complex and highly sensitive situations, including 1975 Inheritance Act claims, claims of abuse of position of executors, and claims against the validity of wills. Often represents high net worth families.

Legal 500 Guide  2018: The ‘vastly experienced’ Philip Siddons ‘gets to the nub of the case fast, adopting a pragmatic and commercial approach’.

Full member of ACTAPS (the Association of Contentious Trust & Probate Specialists). The ACTAPS Code promotes the resolution of trust & probate disputes without the need for bitter & very expensive Court proceedings.

I would not have achieved the result that we did without the help of Humphreys & Co. They provided accurate definite advice which allowed us to provide them with the correct instructions as to how to proceed. …  I think this is a stark contrast to other firms who view billing and costs as a priority. (Monmouthshire)

Contesting a will: challenges: possible grounds

Grounds for contesting a will include:

(1) The will is invalid; the deceased lacked testamentary capacity and/or did not understand and approve the terms of the will or was tricked or coerced into making gifts that he did not wish to make (to his neighbour or gardener, for example, ahead of his family, or to one of his children at the expense of the others).

(2) The deceased promised to leave cash or property to someone not provided for in the will, and that promise takes priority.

(3) Come of the deceased’s property was jointly owned with someone else who will inherit some or all of it no matter what the will says.

(4) An application for an award of cash or property is made under the Inheritance (Provision for Family and Dependants) Act 1975.

The most common reason for contesting a will in the UK is ‘undue influence’. Undue influence is where someone has been put under unreasonable pressure to sign the will or make changes.

Contesting wills on the grounds of ‘undue influence’ has its difficulties as the person challenging the will has to prove undue influence.

The most successful grounds for contesting a will (with brief explanation) are*:

1. Lack of knowledge and approval
(person making their will did not have the necessary knowledge to understand his/her will and that they did not approve the content)
2. Testamentary capacity
(the mental and legal ability of a person to make or alter their will is challenged)
3. Rectification and construction claims
(a clerical error was made in the drafting of the will or the person drafting it failed to properly reflect the intentions of the testator)
4. Provision for family and dependents
5. Lack of valid execution
6. Fraudulent wills and forged wills
7. Undue influence
(person making their will has been put under unreasonable pressure to sign the will or make changes).

*according to research by Direct Line Insurers 2019.

The most common grounds for contesting a will are*:

*according to research by Direct Line Insurers 2019.

The usual method of disputing a will is to register a “caveat” to block probate.

Parties intending to challenge wills are are strongly advised to seek legal advice before taking any action because a challenge often involves family relationships that parties may prefer to keep intact where possible.

Advice & representation on will challenges

Contesting a will : the grounds: challenging a will: options: time limits

(1) Invalid: it does not comply with the applicable law

The court may set aside a will for formal invalidity if it was not properly signed or witnessed.

The court may also set aside a will if the Deceased’s condition meant that they were not competent to make a will and/or they may not have understood or approved its terms. This is particularly so if the will was made shortly before death.

A will must reflect the free informed wishes of the Deceased. If someone bullied or tricked them into making a will (or changing their existing will) in terms that did not reflect their true wishes, the court may set it aside.

(2) Ineffective: it does not reflect the deceased’s intentions

The court may be prepared to enforce, in whole or in part, prior agreements and promises made by the Deceased as to how they would leave their property.

The court will be prepared to correct an obvious mistake in some cases.

(3) Inheritance Act: it does not provide for everyone it should

If a valid will (or the intestacy rules which apply where no will has been found) doesn’t make reasonable financial provision for you, you may be able to make an Inheritance Act claim.

Such a claim can be made by, among others, former spouses and civil partners, some partners, children (including adult children) and dependants. Time limits apply. 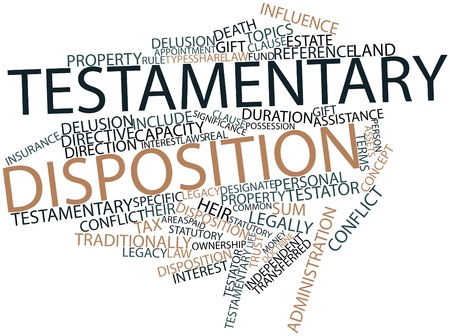 Our recent will challenge cases include:

A surprising number of the people who come to me for advice about contesting a will have previously taken and acted on wrong advice from friends and people who meant well but who did not know what they were talking about.

In any will challenge, the Court will want detailed information about matters including:

The problem is that you as the potential Claimant may not know much about any of those aspects, particularly if as you suspect the main beneficiary under the challenged will took steps to isolate the Deceased from you. In addition, the executors and beneficiaries may not want to help you get that information.

The solution to that problem is that you can require the executors and beneficiaries to enable you to inspect the will file of the challenged will and have access to the Deceased’s medical records. It is certainly not impossible to challenge a will. From our experience, a good proportion of challenges succeed either at trial or by agreement before trial, and sometimes without the need to issue proceedings.

No one can promise you a will challenge without tears, but observing the following dos and don’ts will help you through it.

Some key law on contested wills

“It is essential that a testator  shall understand the nature of the act and its effects; shall understand the extent of the property of which he is disposing; and shall be able to comprehend and appreciate the claims to which he ought to give effect, and; with a view to the latter object,  that no disorder of mind shall poison his affections, pervert his sense of right or pervert the exercise of his natural faculties;   that no insane delusions shall influence his mind in disposing of his property and bring about a disposal of it which if his mind had been sound, would not have been made.” Banks v Goodfellow [1870]

In these circumstances, the task of the court is to assess the evidence and reach its conclusion, on the balance of probabilities.

“Where a will has been duly executed by a deceased of testamentary capacity who knew that he was making a will and is shown to have known and approved of a specific part of the will, the court must consider how real is the possibility that the deceased did not know and approve of the remainder of the will and that requires a careful examination of all the circumstances including the directions and dispositions of the will.”

“The question is whether the court is satisfied that the contents do truly represent the testator’s testamentary intentions.” Fuller v Strum [2002]