Contracts are more easily enforced if they are clear, unambiguous and carefully expressed in writing

Taking a DIY shortcut now, by agreeing a deal on the back of an envelope, moves things on, but may lead to litigation and much greater expense down the line

“Experience shows that it is by no means unknown for people to enter into arrangements which are ill-advised, even ignoring the benefit of wisdom of hindsight, and it is not the function of a court when interpreting an agreement to relieve a party from the consequences of his imprudence or poor advice. Accordingly, when interpreting a contract a judge should avoid re-writing it in an attempt to assist an unwise party or to penalise an astute party.” 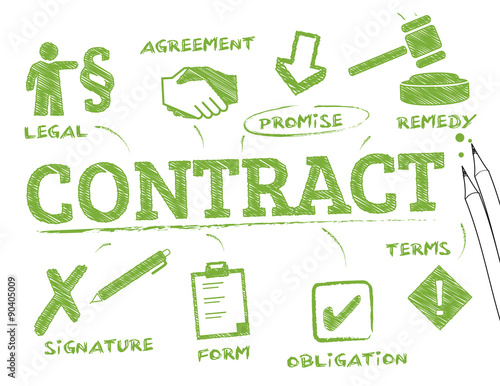 A legally binding contract is created where:

The contract is created at the moment the parties reach agreement on all essential terms. It is clear that “unless all the material terms of a contract are agreed, there is no binding obligation” (Maugham LJ in Foley v Classique Coaches Ltd [1934] 2 KB 1).

In determining whether the parties have reached agreement on all essential terms, the governing criterion is whether an honest and reasonable businessman would have concluded from the parties’ communications and conduct that they had agreed all the terms they considered to be a precondition to creating legal relations.

Even if certain terms of economic or other significance to the parties have not been finalised, an objective appraisal of their words and conduct may lead to the conclusion that the parties did not intend agreement of such terms to be a precondition to a legally binding agreement.

In one of the leading cases on contract formation, RTS Flexible Systems Ltd v Molkerei Alois Müller GmbH & Company KG (UK Production) [2010] UKSC 14, the High Court, the Court of Appeal and the Supreme Court all reached different conclusions on whether a contract had been entered into, demonstrating that formation cases nearly always turn on questions of fact and as such are exceptionally dependent on the particular court.

A Court may imply a term into a specific contract to fill a gap, particularly a gap in the contract’s drafting. The rationale for implying a term in this way is to reflect the parties’ intentions when the contract was entered into. However, an implied term may be of little assistance if an agreement lacks certainty. Implied terms are often general in concept, and may not assist the court in determining key performance criteria if these have not been set out expressly in the agreement.

Start with the words used

The words in the document are the starting point, and very often the end point, for questions of interpretation.

“The primary source for understanding what the parties meant is their language interpreted in accordance with conventional usage.”

An objective test is used for ascertaining the intention of the parties to the contract. Their actual or subjective intentions are irrelevant. The standpoint of a reasonable businessperson is adopted. Where the contract is in writing, what the parties have written, rather than what they intended to write, constitutes the agreement.

It follows that the parties’ declarations of subjective intent are not relevant on a question of contract interpretation.

The parties may have agreed something unreasonable, or even commercially foolish.

The courts will nevertheless be reluctant to accept an interpretation that leads to very unreasonable or absurd results or practical consequences.

The words on the page

The document must be construed as a whole, in its context. All other terms must be considered. It is inappropriate to focus excessively on a particular word, phrase, sentence, or clause.

What makes a contract?

A contract is an agreement giving rise to obligations which are recognised or enforceable by law.

All kinds of commercial agreements may give rise to a contract: the agreement does not have to be in writing.

A contract is a legally enforceable agreement which gives rise to new rights and duties among those who agree to its terms. A contract is formed when the following key elements coincide (the key elements):

Bringing the contract into existence

“In a commercial contract it is certainly right that the court should know the commercial purpose of the contract.”

The absence of a sensible commercial justification for a particular interpretation will weigh heavily against its adoption.