Passing off: Who can claim? On what grounds?

Passing off claims can be brought by anyone who can establish the existence of 3 three elements of goodwill, misrepresentation & damage

If a company or individual has not traded, the cause of action is unlikely to be available, but passing off claims are open to all types of traders, including companies, partnerships and sole traders

Claims in passing off are about the use by a competitor of the name, mark or get-up used by the claimant to denote its product or business

The grounds to sue have been extended over time to include the use by a defendant of other branding or marketing techniques of the claimant, such as slogans or visual images from advertisements

It is irrelevant whether or not the wrongdoer intended to pass his goods or services off as those of another, or whether he acted maliciously, negligently or fraudulently

No defence of innocence: As with actions for infringement of registered trade marks under the Trade Marks Act, innocence (that is, a lack of awareness that the relevant activity amounted to passing off) is not a defence to an action for passing off

What the team is known for: Depth of knowledge and experience in prosecution, licensing and litigation concerning brands, designs and copyrighted material. Advises fashion, electronics, drinks and financial services businesses large and small. Recommended for registry procedures and disputes involving overseas jurisdictions.

Passing off & trade marks: For passing off, brand strength in the marketplace is crucial to success.

The principles of passing off

“The principles of law applicable to a case of this sort [passing off] are well known. On the other hand, apart from the law as to trademark, no one can claim monopoly rights in the use of a word or name. On the other hand, no one is entitled to the use of any word or name, or indeed in any other way to represent his goods as being the goods of another to that other’s injury.

“[Goodwill] It is a thing very easy to describe, very difficult to define. It is the benefit and advantage of the good name, reputation, and connection of a business. It is the attractive force which brings in custom. It is the one thing which distinguishes an old established business from a new business at its first start. The goodwill of a business must emanate from a particular centre or source. However widely extended or diffused its influence may be, goodwill is worth nothing unless it has power of attraction sufficient to bring customers home to the source from which it emanates.” Commissioners of Inland Revenue v Muller & Companies Margarine Limited [1901]

“It seems to me that the Plaintiff has proved enough. He has proved that the Defendants have adopted such a name as may lead people, who have dealings with the Plaintiff, to believe that the Defendant’s business is a branch of, or associated with the Plaintiff’s business. To induce the belief that my business is a branch of another man’s business may do that other man damage in all kinds of ways. The quality of the goods I sell; the kind of business I do; the credit or otherwise which I might enjoy all those things may immensely injure the other man, who is assumed wrongly to be associated with me. It is just that kind of injury which what the defendants have done here is likely to occasion, and I think the learned judge is perfectly right.” Ewing v Buttercup Margarine Co Ltd [1917]

“Where a trader adopts words in common use for his trade name, some risk of confusion is inevitable. But that risk must be run unless the first user is allowed unfairly to monopolise the words. The Court will accept comparatively small differences as sufficient to avert confusion. A greater degree of discrimination may fairly be expected from the public where a trade name consists wholly or in part of words descriptive of the articles to be sold or the services to be rendered.” Office Cleaning Services v Westminster Window and General Cleaners [1946] 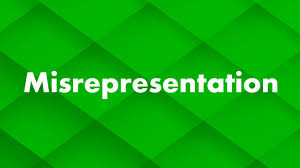 “A passing-off action is a remedy for the invasion of a right of property not in the mark, name or get-up improperly used, but in the business or goodwill likely to be injured by the misrepresentation made by passing-off one person’s goods as the goods of another. Goodwill, as the subject of proprietary rights, is incapable of subsisting by itself. It has no independent existence apart from the business to which it is attached.” Star Industrial Company Limited v Yap Kwee Kor [1975] 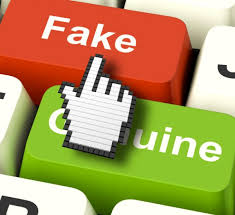 “Whether any name is an instrument of fraud will depend upon all the circumstances. A name which will, by reason of its similarity to the name of another, inherently lead to passing-off is such an instrument. If it would not inherently lead to passing-off, it does not follow that it is not an instrument of fraud. The court should consider the similarity of the names, the intention of the defendant, the type of trade and all the surrounding circumstances. If it be the intention of the defendant to appropriate the goodwill of another or enable others to do so, I can see no reason why the court should not infer that it will happen, even if there is a possibility that such an appropriation would not take place. If, taking all the circumstances into account the court should conclude that the name was produced to enable passing-off, is adapted to be used for passing-off and, if used, is likely to be fraudulently used, an injunction will be appropriate.

It follows that a court will intervene by way of injunction in passing-off cases in three types of case. First, where there is passing-off established or it is threatened. Second, where the defendant is a joint tortfeasor with another in passing-off either actual or threatened. Third, where the defendant has equipped himself with or intends to equip another with an instrument of fraud. This third type is probably mere quia timet action.” British Telecommunications plc v One in a Million Ltd and Others[1998]

“There is one other general matter to deal with before turning to the facts, namely the size of the claimant’s reputation. At some point a reputation may be respected by such a small group of people that it will not support a passing−off action. Neither Mr Purle nor Mr Speck were able to formulate a test for this bottom level. Mr Purle said it was a matter of fact and degree. I agree with that. The law of passing−off protects the goodwill of a small business as much as the large, but it will not intervene to protect the goodwill which any reasonable person would consider trivial.” Sutherland v V2 Music [2002]

Intellectual property at a glance