Humphreys » Articles » How to avoid libel and defamation

How to avoid libel and defamation

This page was created by the BBC.

1. What are defamation and libel?
2. Get your facts right
3. Three tips for writing
4. Common mistakes and assumptions
5. Defences against libel
6. If a complaint is made
7. Feedback and comments

1. What are defamation and libel?
Defamation is any published material that damages the reputation of an individual or an organisation. This covers material on the internet as well as radio and television broadcasts – so even drama and fiction can be defamatory if they damage someone’s reputation. You can only publish defamatory material if it comes within one of the recognised legal defences. If it doesn’t, the publication will amount to libel and you may have to pay substantial damages.
Slander is ‘defamation by word of mouth’
Internet sites are not exempt from any libel laws. If you are publishing on the internet you are bound by the same libel laws as print publishers.In a significant ruling in 2002, the Australian high court ruled that mining magnate Joseph Gutnick could sue publisher Dow Jones under Australian law for alleged libel online. The judge deemed that the web was no different from newspapers or television.In the UK, internet service providers are coming under increasing pressure to close sites containing defamatory allegations. You also have to be careful about the comments others post on your site. There have been cases where individuals have sued online publishers for libel over customer book reviews published on their sites.Such developments have implications for freedom of expression.The purpose of libel law
Libel law protects individuals or organisations from unwarranted, mistaken or untruthful attacks on their reputation. A person is libelled if a publication:
2. Get your facts rightThe most important point is to make absolutely sure that what you are printing or writing is true. Do not make claims or accusations that you cannot prove. Even if you think you can do this, be cautious. Proving things in court can be very difficult.And the test of what the words mean is what a reasonable reader is likely to take as their natural and ordinary meaning, in their full context – what you intended as the author or publisher is irrelevant.If you write something that cannot be substantiated the credibility of your site, organisation or cause may be questioned. It can also land you with an expensive lawsuit and there is no legal aid for libel cases.The burden of proof lies with the defendant
Almost uniquely in English law, in libel cases the burden of proof lies with the author / publisher and not the complainant. In other words, you have to prove that what you write is true. The person you’ve targeted does not have to prove that you’re wrong.McLibel
In 1990 McDonalds served a libel writ on several members of a campaigning organisation over the production and distribution of the ‘What’s Wrong with McDonalds?’ leaflet. The legal battle between Helen Steel and David Morris, a gardener and a postman, and the McDonalds corporation became one of the most famous cases in British legal history, not least because it became the longest running British trial.To win the case, the pair would have to prove from primary sources the truth of their allegations about McDonalds. After hearing all the evidence, the judge (who did find that some of the allegations were true) ruled that the pair had libelled McDonalds because the evidence they called was not enough to prove the majority of their statements. They were ordered to pay damages of £60, 000. The trial was estimated to have cost millions of pounds in legal fees. 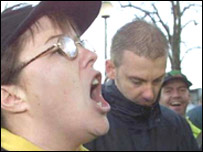 Libel is ‘defamation in a permanent form’

Don’t rely on the literal meaning
You cannot solely rely on proving that your statements were literally true if, when they’re taken as a whole, they have an extended, more damaging meaning. Also, for example, if somebody was guilty of fraud once, calling him a fraudster in a way which might suggest he’s still doing the same may well give rise to a libel which can’t be defended. Be especially wary when referring to events in the past.Don’t exaggerate in your claims or language
For example, a company may run a factory which produces certain chemicals. For you to suggest that babies will be born deformed as a result may get you into libel trouble.Innuendo can catch you out
Your comments may not appear particularly defamatory taken at face value, but greater knowledge of a person or situation may make it problematic because of the innuendo. To say Mr Jones doesn’t recycle his waste paper may sound harmless enough. But to people who know that Mr Jones is a Green Party activist, the innuendo of the statement is that he is hypocritical in his politics.
4. Common mistakes and assumptions
Repeating rumours
It is inadvisable to repeat a defamatory rumour unless you are in a position to prove it’s true. Even if you are contradicting the rumour you should not repeat it. And adding ‘allegedly’ is not enough to get you out of libel difficulties.Quoting others
If you publish defamatory remarks about people or organisations made by other people you will be just as liable to be sued as they are. So if you can’t prove the truth of their statements, don’t repeat them.Drawing unprovable conclusions
It is a common mistake to draw unverifiable conclusions from the basic facts. For example, if Mr Brown is seen going into a hotel room with a call-girl, this does not necessarily mean he enjoyed a ‘night of passion’, and will certainly not prove that he did.Irresponsible adjectives
Be very careful about the adjectives you use. A misplaced word can result in costly action. If you are campaigning about a factory that releases chemicals into the atmosphere, referring to the factory as ‘poisoning the atmosphere’ is inadvisable!Representing all sides
Presenting all sides of an argument is often good practice, but is not a defence against publishing defamatory remarks made by or about those involved.
5. Defences against libelThe law lays down a number of ways in which defamatory publications may be defended. If the defences succeed, the publisher wins. But if they don’t succeed, the publisher loses: the complainant will have been libelled and will therefore be entitled to be paid damages and their legal costs. The defences are listed below.Justification
The most usual defence against libel is to prove that the information published is true. But this can be a dangerous route because an unsuccessful plea could increase the damages against you because you will have increased the harm to the complainant. And remember, you must be able to deal with every libellous possibility, such as inference and innuendo. If your statement infers something greater, it is not enough to prove that the statement is just literally true. Merely asserting something will not be sufficient to prove that it’s true – you will need witnesses and documents to back up assertions (whether they’re yours or someone you’re quoting).Fair comment
Fair comment covers content, mainly opinion, that cannot by its very nature be true or false. To be properly defensible, these comments must be:

6. If a complaint is made

Remember the burden of proof lies with the author

What follows does not constitute legal advice, but if a complaint is made against you or your campaign, you could consider one or more of the following steps, depending on how serious the complaint is or how far you wish to pursue your case:

Inform your insurers, if you have libel insurance, and comply with their requests

If you have had material on Action Network rejected because it was potentially libellous, check through this guide to see why it might have been rejected. You will probably have to rewrite your original contribution, removing anything which cannot be proved in a court of law.

7. Feedback and commentsIf this guide helped you sort something out, please tell us! 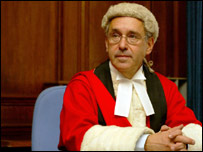